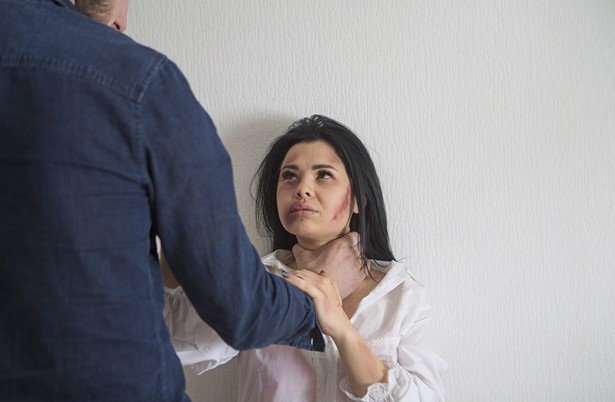 Domestic violence is a worldwide problem that is not new. However, it has only recently been understood as an avoidable crime. Traditionally, it was regarded that violence between partners was provoked and accepted as a by-product of the partners’ psychiatric issues. Fortunately, most societies no longer accept it as justified or inescapable.

In a wider sense, domestic violence can include a vast variety of familial relationships, not just romantic partners. These violations are usually intended to frighten, physically hurt, or control a person. Name-calling, threats, manipulation, humiliation, shaming, and other such transgressions are common indications of domestic abuse. Today our understanding of domestic violence has broadened to include not just physical violence but also sexual, financial, emotional, and psychological abuse, including controlling, provoking, or coercive behaviour, hence it is more accurate to use the term abuse. The terms domestic violence or domestic abuse are widely used to refer to the mistreatment by a romantic partner, although this specific type of abuse is more accurately known as intimate partner violence.  The abuse could be intergenerational, meaning that it could be a parent or a grandparent who is a victim or a perpetrator.  The perpetrator could be male, female, or nonbinary and be in either a heterosexual or homosexual relationship. Statistically, however, women are disproportionately impacted by domestic abuse and violence.

Despite being a significant and challenging public health issue, the prevalence of domestic violence and its negative repercussions has been grossly underestimated. Living in a physically abusive relationship has long been recognized as having mental health consequences, including an increased risk of depression, suicidal ideation, post-traumatic stress disorder, lack of trust, social anxiety, and fear of intimacy. It also has an effect on how survivors perceive themselves and others, how they feel about their bodies, and how they engage with others. Lack of personal control and self-efficacy diminishes self-worth, sense of inadequacy, and emotional neediness. Those who have battled domestic abuse are more likely to acquire Post Traumatic Stress Disorder (PTSD), which manifests as symptoms such as re-experiencing memories of the event, avoidant behaviour, and painful emotional activation or hypervigilance. 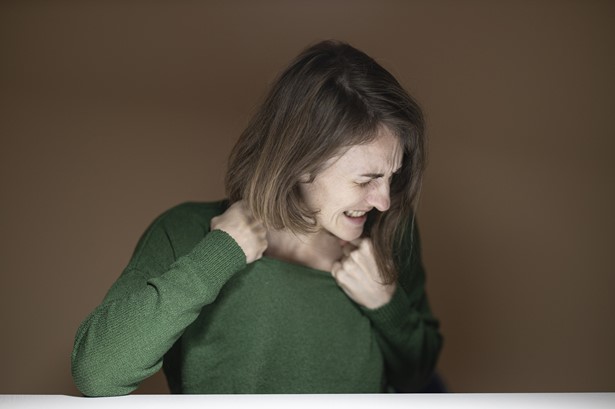 As outrageous as it may seem, domestic violence was kept private and behind closed doors in the hope that the spouse would change, until law enforcement took charge when the severity of the attacks could no longer be ignored. Now, it is widely known that there will be a  spike in domestic violence, for example, during pandemic-enforced lockdowns, the Christmas holidays, or large sporting events. 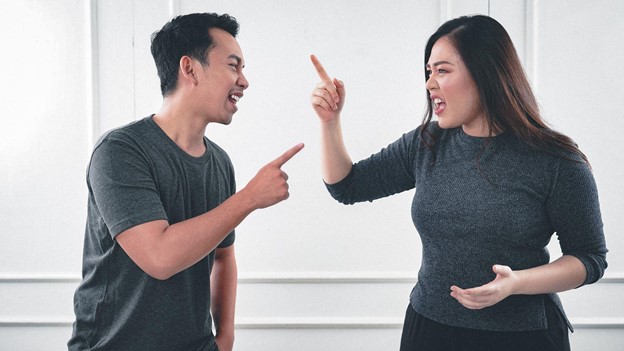 It is critical to identify anger issues in situations when the spouse has learnt to use hostility and violence to dominate or control a situation through intimidation and threats. Domestic violence against women occurs on a continuum; it is not a one-time occurrence. It might start with humiliating the woman, calling her names, ridiculing her, limiting her movement and social connections, not engaging her in financial affairs, and not allowing her to work or seek a job. Physical violence and/or being kicked out of the house are examples of severe kinds of abuse.Unfortunately, studies show us that violence will only escalate as time goes on.

In abusive relationships, it is common for there to be a cycle that repeats itself. The first stage in this cycle is tension. This tension builds up as time goes by and is usually caused by a stressor or stressors, no matter how minimal. The next stage is the incident of abuse. As previously mentioned, this does not have to be physical violence. It could be an explosion or outburst of anger that results in insults, yelling, taking away “privileges” such as visits with friends or withholding money. After this incident, the next stage of the cycle is reconciliation. The perpetrator will show signs of guilt or remorse for the behavior exhibited in the incident. This stage is also commonly known as the honeymoon phase because the perpetrator may feel so guilty that the victim is showered in gifts and displays of affection. In this stage, the perpetrator also rationalizes the behavior and justifies it by saying that it was provoked and that it would not have happened if X was different. This rationalization usually includes victim-blaming such as “I would not have yelled at you if you had cleaned the apartment.” After the honeymoon period comes a stage of calm where the perpetrator refrains from abusive behavior or the behavior is the abuse is less obvious and extreme. After some time, the cycle will start over from the beginning with tension, an incident, another honeymoon phase, and then calm. 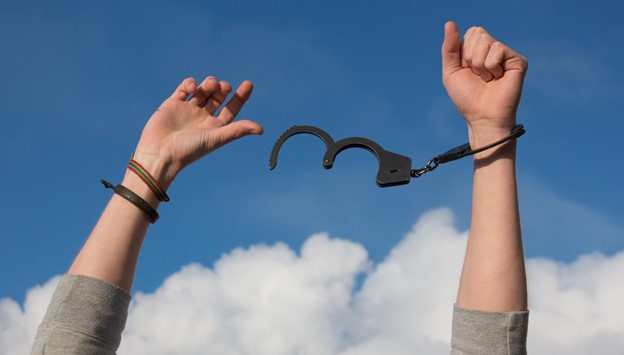 This type of relationship is unhealthy because it means that you are constantly activated and feeling as if you are in survival mode because the perpetrator could snap at any moment. The tension could build as quickly as within a few seconds and the next angry outburst could mean serious injury or even death. It’s important to remember that these abusers are dangerous and while the violence may not have escalated yet, a woman dies each week in Australia at the hands of an intimate partner. According to the Australian Bureau of Statistics (ABS) Personal Safety Survey 2016, an estimated 1 in 6 (17%, or 1.6 million) women and 1 in 16 (6.1%, or 0.5 million) men had experienced physical or sexual violence from a current or previous cohabiting partner since the age of 15.

There is no denying that domestic violence is not addressed in the way it should be in our society when it is such a big problem that affects so many people. Survivors of intimate partner violence may develop complicated grief because of the love and trust they once had for their partner that turned into a sense of betrayal. Because of the continuous violation of trust that is characteristic of complex trauma, survivors may find it difficult to reach out for professional treatment. 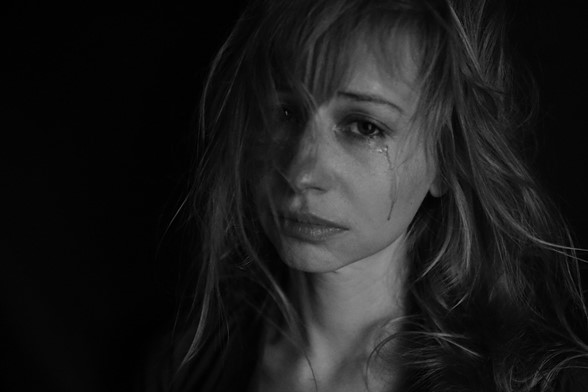 Domestic violence brings confused angst because abusers are in a relationship with the victims in which sexual, physical, psychological bullying and harm are presented as routine, making it difficult to identify as abuse. Unreasonable dependency and rivalry, as well as personality traits of a personality disorder, such as borderline, antisocial, or narcissistic, and generally aggressive nature, have been discovered in violent offenders. Of course, alcohol and drug abuse can also contribute in some cases, all of which make it so difficult for victims to leave. The psychological toll this abuse takes usually lowers a victim’s defenses because it is meant to slowly destroy a victims sense of self worth as a tactic so that the victim does not ever leave or experience happiness without the partner.

Domestic violence causes injury and suffering, whether the abuse is physical or not. In some ways, the psychological abuse is worse than the physical abuse because while the bruises and broken bones will heal and go away, the effects of psychological abuse are longer-lasting and often more difficult to heal. The spectrum of physical and mental health implications of domestic violence — both immediate and long-term — is becoming increasingly clear. It has a variety of effects on women’s health, both directly and indirectly, and can lead to chronic debilitating diseases and even death. Feelings of rage and powerlessness, self-blame, anxiety, phobia, panic disorder, eating disorder, poor self-esteem, nightmares, hypervigilance, heightened startle reaction, memory loss, and neurological breakdown are all mental health repercussions of domestic violence. Self-harming behaviour, which includes denial of food and drink, suicide ideas and attempts, and a general disregard for one’s own health, is also a major consequence of trauma. Survivors who  have endured psychological trauma will benefit from counselling services. 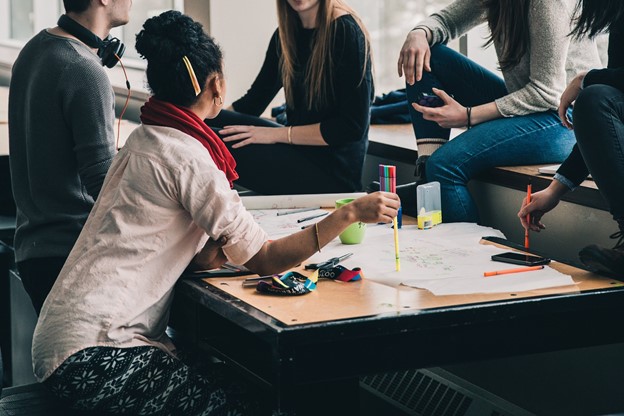 There are several techniques to therapy that are useful to help victims of domestic violence. One of the most common approaches is psychotherapy, sometimes known as talk therapy. Trauma-focused treatment modalities, as well as other, more immersive approaches (such as Brainspotting), can help domestic abuse victims recover and heal.

The goal of therapy is to give the survivor a safe place to grieve the many losses after the abuse so that they can reclaim their resilience and reconcile with themselves and their lives, outside the shadow of abuse. The survivor will be able to learn healthy coping skills in therapy which will help them to work through all parts of the trauma. Slowly, with the help of a trauma-informed therapist, the survivor is able to feel empowered and independent again after learning about the differences between healthy and unhealthy relationships and how to spot the red flags next time. In therapy, survivors will learn that abuse is motivated and fed by the perpetrator’s fears, insecurities, traumas and is not the fault of the survivor.

Do I need Therapy?

Psychological assistance is indicated for people who have left their relationship and have mental health concerns before or as a result of domestic abuse. It is not unusual for victims to be scared of the consequences of leaving the abuser, and many times they wind up blaming themselves for the mistreatment. While much of this fear is projected by the abuser, there is also a certain amount operating inside the victims. These harmful attitudes and assumptions are best confronted in therapy, and the sooner one gets help, the more likely one is to recover from the effects of the abuse. 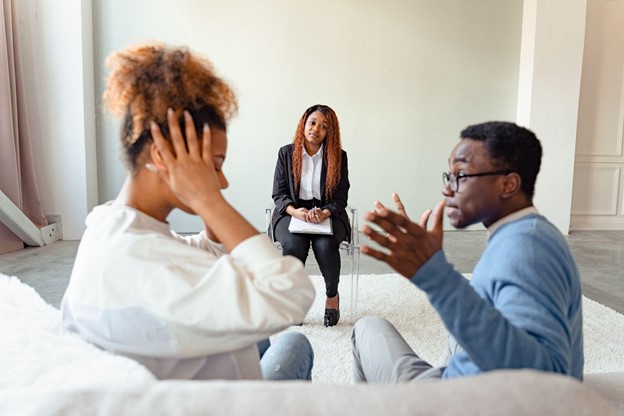 It may be helpful to consider seeking counselling services from a social worker as they are trained to provide psychological assistance and are also experienced in advocacy and connecting people with services they may need. It helps to seek external support, especially when survivors may be feeling overwhelmed by everything that needs to be done after leaving the abuser.  By cultivating resilience with the support and assistance of a counselor, the survivor can greatly strengthen both mental and physical health. Counselling sessions can be one-on-one or in groups settings. Each survivor’s recovery process is unique and differs, but taking the first step toward healing is huge. If you would like to book an appointment with a trauma informed therapist who works with victims of domestic violence, you can do so by clicking here.

3 Tips to Staying Sane During Covid

10 Challenges of Digital Nomads Seeing a Therapist and How to Overcome Them.

Join our mailing list to receive the latest blog posts on mental health for women of color. Get insightful articles and interviews on how to navigate this world as a multicultural woman of color. We’ll update you when we have a new podcast episode as well but we won’t spam you, we promise!